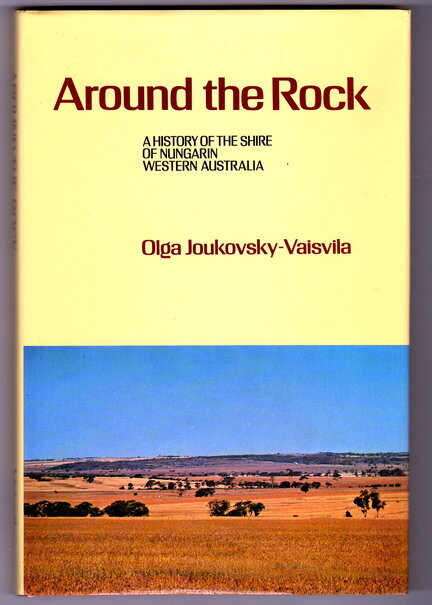 Around the Rock: A History of the Shire of Nungarin Western Australia by Olga Joukovsky-Vaisvila

The Shire of Nungarin is located in the Wheatbelt region of WA. It is situated about 40 kilometres north of Merredin.

The gold rush with a very exciting event in the history of Western Australia. It was after this optimistic period that Western Australia settle down to the task of building a prosperous wheat-producing state. Nungarin played its part in having WA recognised around the world as an important producer of wheat.

This book traces the development of Nungarin from the beginnings of pastoral expansion through to the gold rush era and records the laborious efforts which culminated in the building of a wheatbelt. Around The Rock is a chronicle of the events which brought about agricultural development in this one area and in recording these events also serves as a tribute to all the hard-working European settlers who helped to establish the Wheatbelt region. (book flap)