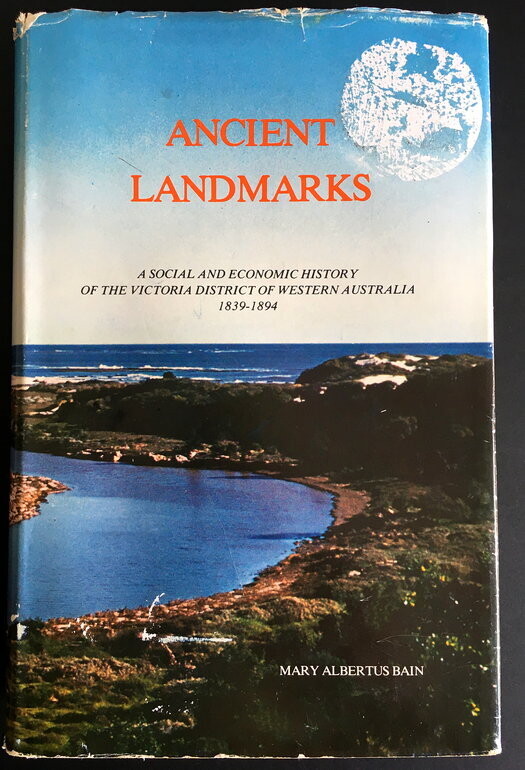 Ancient Landmarks: A Social and Economic History of the Victoria District of Western Australia, 1839-1894 by Mary Albertus Bain

Secondhand. Good condition. Book has wear to edges and corners. Some minor marks on book front and back cover. Interior and binding are in very good condition. Dust jacket is in fair condition with scratches, chips and small tears. The tears have been reinforced with book tape.

The Victoria District (Irwin-Greenough district) was the first British settlement outside the triangle of Perth, York and Albany in Western Australia, the first area where gold and coal were found in the colony; the first place for cotton to be planted and the first railway was built.

This book includes accounts of early contacts and conflicts between Australian Aboriginal people and explorers and settlers.

Within a few years, favourable seasons and natural grass made the district the "granary of the colony", and the original settlers were wealthy men. While ticket-of-leave me worked in the lead mines, on the stations and farms, the wealthy settlers fought for independence from a distant legislature, and women of all classes battled all the difficulties of isolation. (book flap)