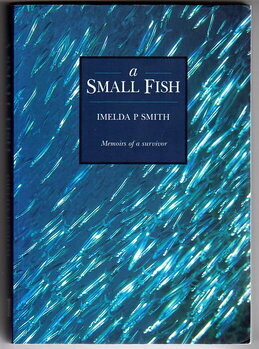 A Small Fish: Memoirs of a Survivor by Imelda P Smith

The memoir of Pearl Smith who grew up in the inter-war period in working-class Fremantle. She received a catholic education and was a factory worker before enlisting in the Women's Australia Auxiliary Air Force in 1942.

In 1948, Pearl married prominent unionist Patrick (Jock) Smith. She began her autobiography after Jock died in 1992, revealing a difficult marriage.

In her memoir, Pearl writes as a survivor who has endured and eventually triumphed.