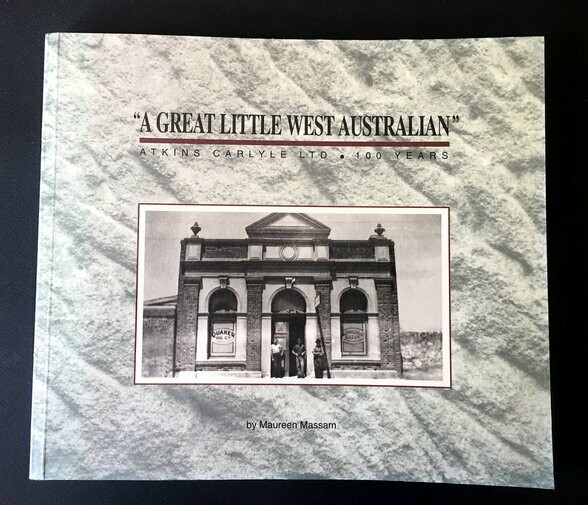 "Charles Atkins was born in England in February 1859. In 1874 he joined the Merchant Navy and in 1881 he was shipwrecked off the coast of Victoria.

Noticing the amount of trade that was carried on in Melbourne, he opened his own business 'Charles Atkins & Co Ltd' in 1883. The business grew and with the gold rushes of the 1890s, the South Australian operation opened a branch in Western Australia.

The company acquired many smaller companies and represented overseas manufacturers. Around 1911, following difficulties in South Australia, the Western Australian operation separated and became Charles Atkins and Company (WA) Ltd., this being shortened to Atkins (WA) Ltd in 1925.

In May 1971 the two businesses 'Atkins WA' & 'Carlyle Holdings Limited' merged to become 'Atkins Carlyle'. In the early 2000s, some parts of Atkins Carlyle were sold and the name of the remaining operation changed to Alesco Corporation." Battye Library Private Archives