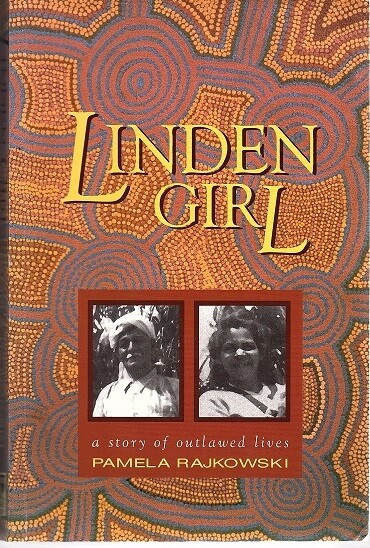 Linden Girl: A Story of Outlawed Lives by Pamela Rajkowski

Secondhand. Good condition. Some scuffing and edge wear to the head and foot of the foredge. Binding is tight and the book is clean. A tiny bit of foxing has started on the edges of pages. The previous owner has added her name to the inside cover.

Under the Aboriginal Act 1905, however, their relationship was illegal.

For two years Jack repeatedly petitioned the Western Australian Government for permission to marry Lallie. The government not only denied permission but sought to hunt the couple down and separate them forever.

This book is the story of two outlaws and a chilling reminder of chapter in Australia political and social history. Institutional internment, flight to South Australia, arrest and extradition, harassment and a lifetime of scrutiny, the file on Lallie was only closed by her death in 1970.

Aboriginal and Torres Strait Islander readers please note that this book may contain images of people who have passed away.