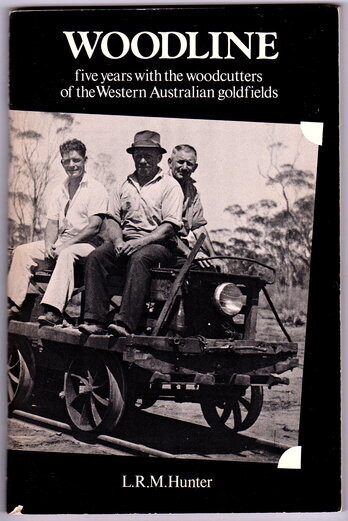 Woodline: Five Years with the Woodcutters of the Western Australian Goldfields by Larry R M Hunter

Up until the early 1950s, vasts amounts of wood were used on the WA Goldfields to fuel infrastructure such as the Kalgoorlie Power Station, to fuel steam-driven heavy machinery and to shore up the underground mines. Woodlines were created to supply demand.

The Kalgoorlie-Lakewood Woodline cut out the forests in an area south of Kalgoorlie and east of Lake Cowan.

Larry Hunter worked as a school teacher at the Lakewood main camp from 1946 to 1950. This memoir is an affectionate account of life on the woodlines and a tribute to the hardworking migrants from Italy and southern Europe.