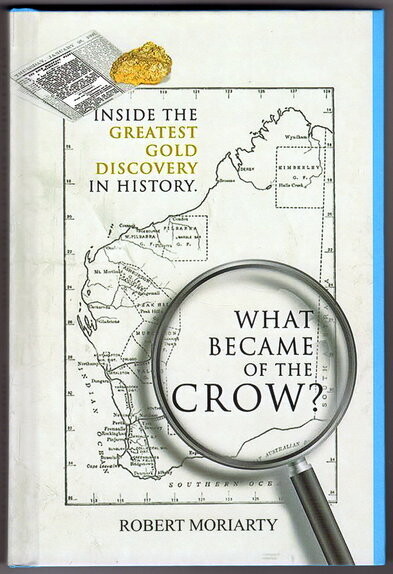 What Became of the Crow? Inside the Greatest Gold Discovery in History by Robert Moriarty

This is a mostly true story of the greatest gold discovery in world history. The greatest amount of gold ever produced in world history came from the Witwatersrand Basin in South Africa. The deposit was discovered in 1886. Some 1.5 billion ounces of gold have been produced from the district, 40% of all the gold ever mined.

In 1888 in the Pilbara Basin of Western Australia, a young lad out chopping wood for his fire picked up a stone to throw at a crow who had designs on the young man's lunch. The stone turned out to be gold.

The Pilbara Basin is a similar age formation to that of the Witwatersrand Basin. Same rocks, same age, same potential. The discovery began a gold rush in Western Australia that continues to this day.

The story of a rogue geologist and his partners who believe there is a mammoth gold deposit in north Western Australia waiting to be discovered. (back cover)