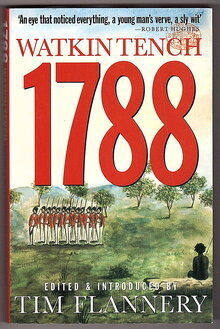 Secondhand. Good condition. Wear two book corners and edges. Pages are sunned. Some creasing to front and back covers.

In 1788 Watkin Tench stepped ashore at Sydney Cove with the First Fleet. This curious young captain of the marines was a natural storyteller. His account of the infant colony is the first classic of Australian literature.

Watkin Tench was born around 1758 in Chester, England. He joined the marine corps in 1776 and served in the American War of Independence before sailing to Botany Bay with the First Fleet. Tench returned to England in 1792. He stayed with the marine corps before retiring as a lieutenant-general in 1821. Watkin Tench died in 1833.