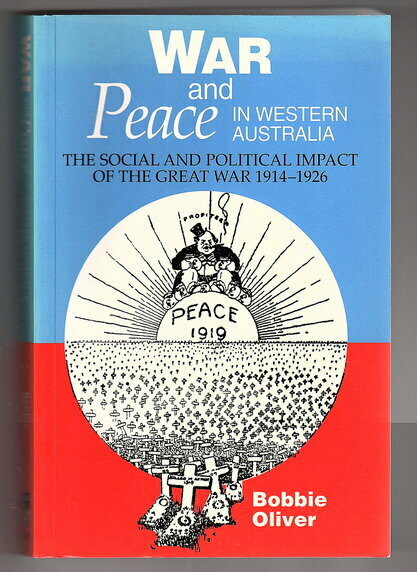 War and Peace in Western Australia: Social and Political Impact of the Great War 1914-1926 by Bobbie Oliver

In 1914, Western Australia was a quiet conservative outpost of the British Empire. The Great War WWI was to cast a long shadow of Western Australia, deepening existing social and political tensions.

Servicemen, the majority wounded, returned to a troubled society and an uncertain future. People were sleeping on the streets of Perth. Workers were striking on the waterfront and in the Goldfields, and the Labor Party was divided over conscription.