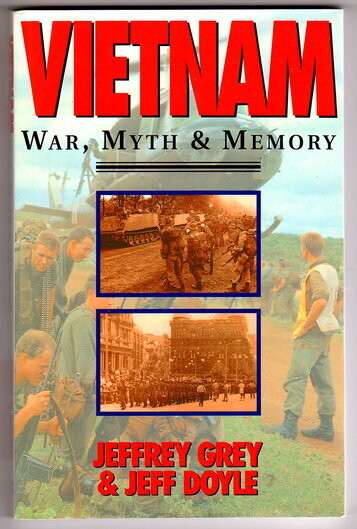 The Vietnam War occupies an uneasy place in the Australian national myth. Australian policy aims were frustrated by military and political failure in South Vietnam, yet there is a general perception that Australian military performance was successful on the whole.

Back in Australia, the domestic opposition to involvement led to bitter conflict and division, while returning servicemen still endure a legacy of bitterness and frustrated expectation.

This book investigates how and why Australia became involved in the Vietnam War and examines prevailing public opinion. "Vietnam: War, Myth and Memory" offers three essays by distinguished Australian, American and New Zealand diplomatic historians on the manner in which each nation came to the Vietnam War. It surveys the cultural impact of the 1960s and carefully documents the development of the antiwar movements in Australia and the United States.

The most important aspect of the book is its willingness to argue with cherished assumptions on the subject. It promises to be controversial but also to provide ways in which Australia in the Vietnam War may come to be seen in the future. (publisher blurb)