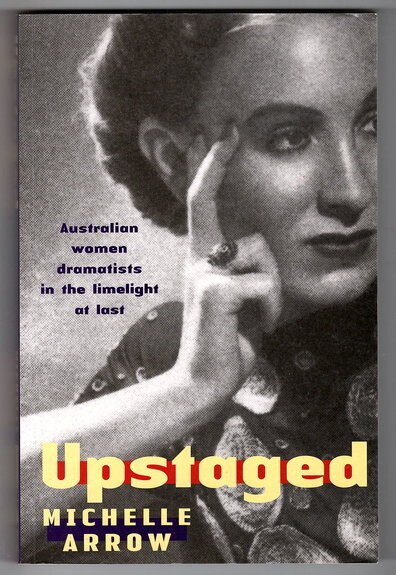 Upstaged: Australian Women Dramatists in the Limelight at Last by Michelle Arrow

This book tells the stories of some of Australia's largely forgotten playwrights -- women who wrote drama that was performed on the nation's stages and broadcast across the airwaves from the late 1920s to the late 1960s. These women wrote a wide range of dramatic material that addressed the social and political concerns of their era as well as more commercial fare for a mainstream audience. Their work included morally-driven dramas for the stage, people radio series as well as musicals and agitprop sketches performed outside factory gates.

The book incorporates personal narratives within a broader social and cultural history which shaped the writing lives of these authors. It focuses on the prevailing industrial and professional conditions and tells how authors survived them, illuminates the battle between art and commerce intrinsic to their identity as writers and investigates the perceptions that have meant much of this work has been forgotten.

By concentrating on the working lives of these authors, the book overturns received ideas of the play, and scriptwriting of the period, showing it was both more substantial and significant than has previously been recognised. (back cover)