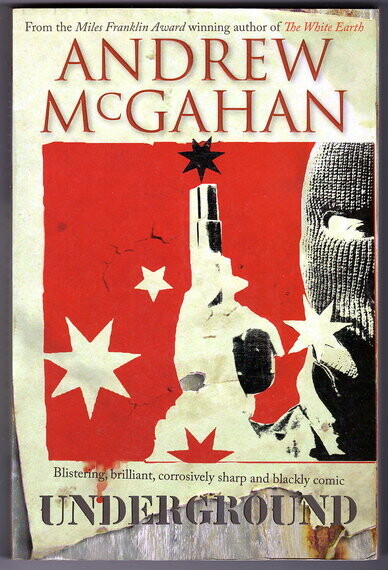 Underground is the novel that at least half the country has been waiting for. Think ahead five or so years from now, to an Australia transformed by the never-ending war on terror.

Canberra has been wiped out in a nuclear attack. There is a permanent state of emergency. Security checkpoints, citizenship tests, identity cards and detention without trial have all become the norm. Suspect minorities have been locked away in ghettos. And worse no one wants to play cricket with us anymore.

Enter Leo James burnt-out property developer and black-sheep twin brother of the all-powerful Bernard James, Prime Minister of Australia. In an event all too typical of the times, Leo finds himself abducted by terrorists. But this won't be your average kidnapping. Instead, vast and secret forces are at work here, and Leo and his captors are about to embark on a journey into the underworld of a nation gone mad.

Like some bastard child of Dr Strangelove and George Orwell, Underground is both an adrenaline-pumped thriller and a gleefully barbed satire that takes a chainsaw to political neo-correctness and Australia's new ultra-nationalism. Blistering and blackly comic, this book goes straight to the heart of the country's future and it isn't pretty. (back cover)