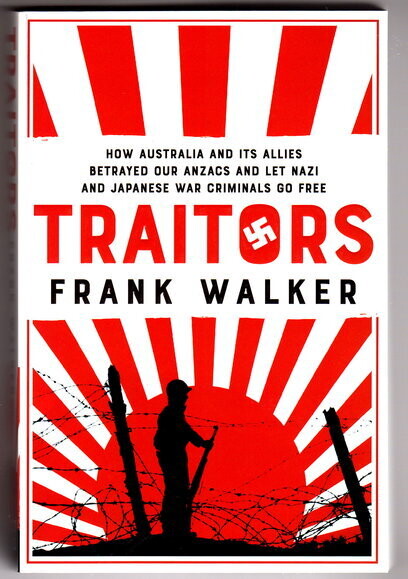 Traitors: How Australia and its Allies Betrayed Our ANZACs and Let Nazi and Japanese War Criminals Go Free by Frank Walker

The extraordinary revelations in Traitors detail the ugly side of war and power and the many betrayals of our ANZACs.

In October 1943 Winston Churchill, Franklin D. Roosevelt and Josef Stalin signed a solemn pact that once their enemies were defeated the Allied powers would 'pursue them to the uttermost ends of the earth and will deliver them to their accusers in order that justice may be done'. Nowhere did they say that justice would be selective. But it would prove to be.

Traitors outline the treachery of the British, American and Australian governments, who turned a blind eye to those who experimented on Australian prisoners of war. Journalist and bestselling author Frank Walker details how Nazis hired by ASIO were encouraged to settle in Australia and how the Catholic Church, CIA and MI6 helped the worst Nazi war criminals escape justice.

While our soldiers were asked to risk their lives for King and country, Allied corporations traded with the enemy; Nazi and Japanese scientists were enticed to work for Australia, the US and UK; and Australia's own Hollywood hero Errol Flynn was associated with Nazi spies. (publisher blurb)