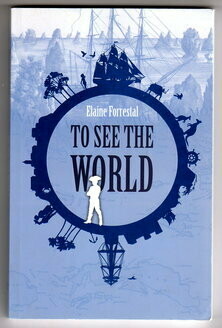 To See the World by Elaine Forrestal

Children fiction based on Rose de Freycinet's journal which recounts the sea adventures of her husband Louis de Freycinet aboard the Uranie.

Set during the early 19th Century and told from the perspective of a boy called Jose. Jose character is based on the actual illegitimate son of a French official and his Mauritius mistress.