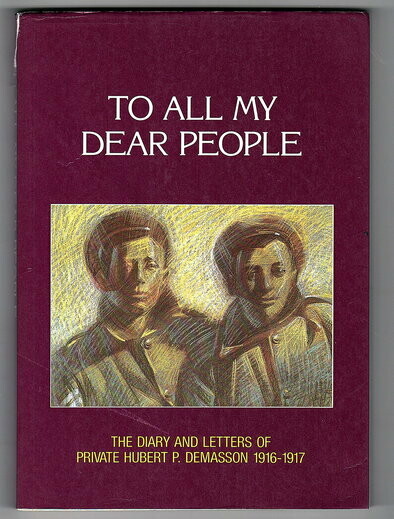 Hubert Peter (Bert) Demasson was born in 1880 in Guildford, Perth Western Australia. He was employed by the Western Australian Railways Department, working his way up to a position as a guard. Married to Lilian Minchin in 1903, they had six children.

Bert, aged thirty-seven, was granted leave from the Railways Department to enlist in the Australian Imperial Forces. He fought in France and died as a prisoner of war on 9th September 1917.

Bert kept a diary and together with the letters he sent to his family, they provide an intimate and vivid account of the daily routine of war from the perspective of a mature married man.