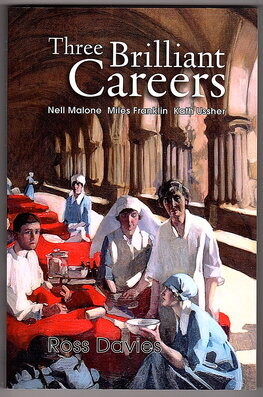 Three Brilliant Careers reveals the previously untold story of celebrated author Miles Franklin and two lifelong Australian friends, Nell Malone and Kath Ussher, who met in Chicago in 1914 and reunited a year later in war-torn London. Despite facing enormous risks, the women subsequently travelled to the Balkans with the Scottish Women's Hospitals and served in frontline medical units attached to the French and Serbian Armies.

After the war, Miles settled in London, Kath in Hollywood and Nell in Paris, but maintained their friendship through regular correspondence. All three achieved distinction in their chosen fields, although not without encountering significant obstacles in their path.

Bridging four decades across several continents, Three Brilliant Careers follows the remarkable lives of the friends and explores their crossed destinies to tell an inspirational story of Australia's early feminists. (back cover)