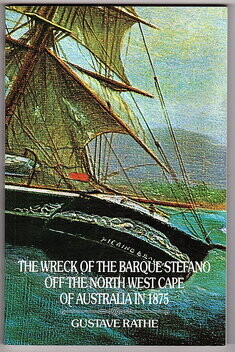 The barque Stefano beset by storms, ran aground about nine miles off the northwest coast of Australia. With help from the local Aboriginal people, the survivors were led to the tip of the North West Cape, where a passing cutter the Jessie, under the command of Captain Tuckey of Mandurah transported them to Fremantle.

Written by the grandson of Michael Baccich, one of the two survivors of the wreck of the barque Stefano in 1876. Based on Baccich own account of his adventures.

Considered one of the most important colonial-era wrecks in Western Australia.