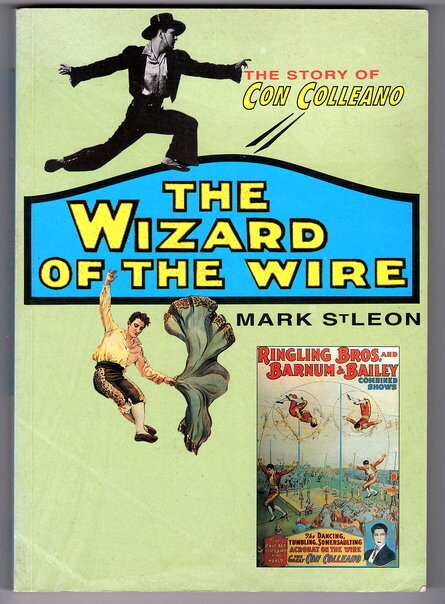 The Wizard of the Wire: The Story of Con Colleano by Mark St Leon

The grandson of a freed convict and an Aboriginal woman, Con Colleano grew up in an era of anti-miscegenation and repressive control of Aboriginal People. Despite this, he became one of the greatest tightrope performers ever known. Dubbed the Wizard of the Wire, he was the innovator and sole exponent of the forward somersault, previously considered impossible. Throughout the 1920s, 30s, 40s and 50s, Colleano was one of a handful of top-ranking very highly paid circus and vaudeville artists performing on the top circuits of England, America and Europe, yet he was largely unheard of in his own country. (back cover)