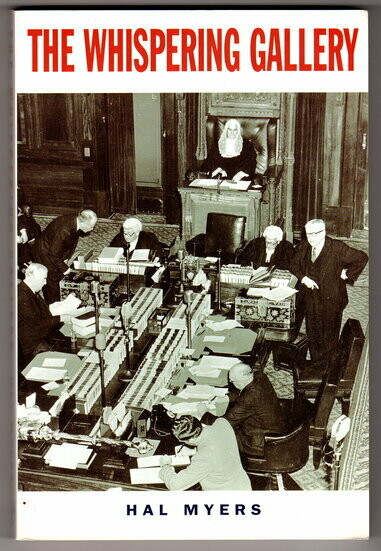 The Whispering Gallery by Hal Myers

Hal Myers was in his early twenties when he began to get the opportunities he had dreamed of. Sent to London by his newspaper to report on the period of post-World War II recovery in Europe, he returned three years later to become one of the youngest-ever senior political correspondents in Canberra. The power struggle between Menzies and Evatt, the Petrov spy case and the split in the Labor Party were among the historic events he witnessed before leaving Canberra, and journalism, at the end of 1955.

This book recreates Myers' life up to that time in a succession of uninhibited anecdotes told with a highly individual sense of humour. Central to the narrative are his lively descriptions of friends, colleagues, rivals and the politicians, and some political incidents that were unpublishable at the time. These are interwoven with Hal's frank account of a moving personal story. (back cover)