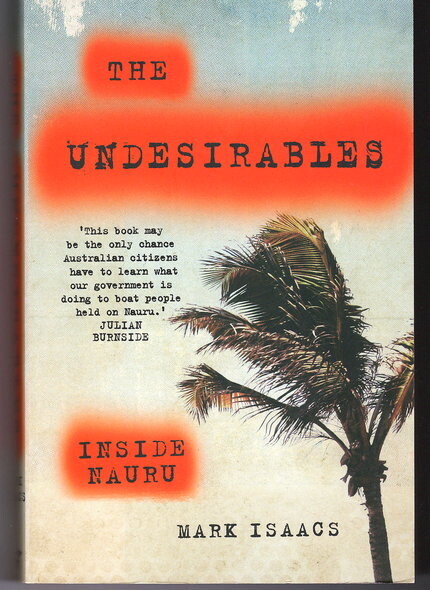 The Undesirables: Inside Nauru by Mark Isaacs

'How long will we be here?' one man asked. Nobody could answer him. Nobody knew.

The intention was clear: this was the No Advantage policy. Take them to a distant island, lock them away, punish them, forget about them. Criminals were given a sentence to serve; these men were not even given that. Lost hope ebbed out of the men in uncontrollable sobs and tears.

Queue jumper, boat person, illegals. Asylum seekers are contentious front-page news but obtaining information about Australia’s regional processing centres is increasingly difficult. We learn only what the government wants us to know.

Mark Isaacs worked for the Salvation Army inside the Nauru Detention Centre soon after it re-opened in 2012. He provided humanitarian aid to the men interned in the camp. What he saw there moved him to speak out.

The Undesirables chronicles his time on Nauru detailing daily life and the stories of the men held there; the self-harm, suicide attempts, and riots; the rare moments of joy; the moments of deep despair. Mark's eyewitness account humanises a political debate usually ruled by misleading rhetoric. (back cover) .