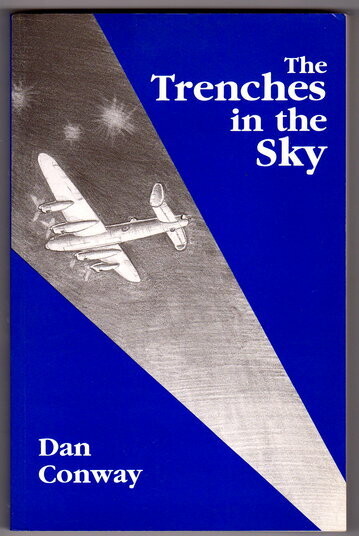 The Trenches in the Sky: What It Was Like Flying in RAF Bomber and Transport Commands in World War II by Dan Conway

In 1941, Dan Conway joined the RAAF and trained as a pilot at Pearce, Cunderdin and Geraldton in Western Australia. Further training in England led him to join 467 RAAF Squadron as captain of a Lancaster bomber in the Battle of Berlin in the winter of 1943/44.

After WWII, Dan and his family lived equally in Darwin and Alice Springs. Cyclone Tracy in Darwin 1974, left Dan with a heightened appreciation of the devastating power of nature compared with bombing.

In this book, Dan covers the hazards arising from nature and enemy action, and the stratagems and tactics used by both sides during the air war of World War II. He has kept rigidly to his aim to tell what it was really like flying in Bomber Command.