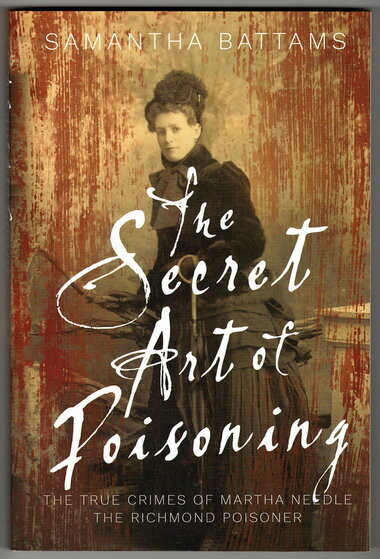 The Secret Art of Poisoning: The True Crimes of Martha Needle, the Richmond Poisoner by Samantha Battams

At the end of the 19th century, Martha Needle became known as 'The Black Widow' of the Richmond poisoning case after secretly poisoning her husband and children. The Black Widow was a media sensation in her day, as infamous as Ned Kelly (even sharing the same lawyer).

After poisoning her husband and two of her children, Needle became obsessed with the kind-hearted son of a Danish immigrant and began picking off his brothers one by one. Reported as far afield as the New York Times, Martha's story was front-page news in Australia, edging out many stories of the day that remain in the public consciousness today.

What strange quirk of fate led these two relatives connected through family to commit virtually the same crime? And was their fate at the end of a rope the true end of the story?

This story explores the crimes of Martha Needle and the social and historical context surrounding them. (back cover)