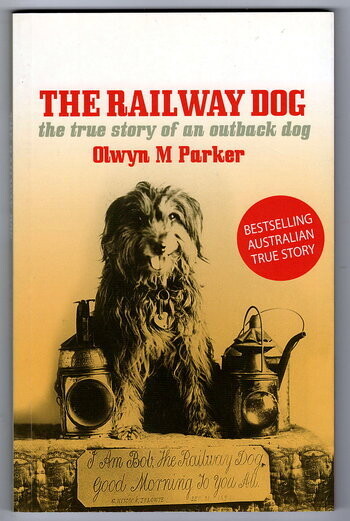 The Railway Dog: The True Story of an Outback Dog by Olwyn M Parker

Set amidst South Australia's beautiful but isolated mid-north, The Railway Dog tells the true story of Bob, a scruffy brown stray, bought on impulse by a local railwayman as a gift for his wife - setting in motion the beginnings of a legend...

Recognised near and far for his cheery bark, waving tail, and devotion to train travel - Bob quickly became a beloved member of the tight-knit railway community.

Charming, humorous, and at times intensely moving, the adventures of Bob the Railway Dog, entwined with the lives of the fascinating people he meets on his journeys - make for an inspiring and touching Australian story. (back cover)