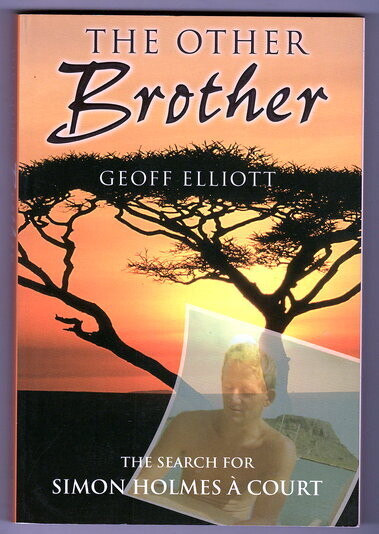 The Other Brother: The Search for Simon Holmes a Court by Geoff Elliott

In May 1977, as South Africa teetered on the brink of civil war, Simon Holmes a Court, younger brother of billionaire Robert Holmes a Court, left the Botswanan town he called his home and simply disappeared. Three years later his skeletal remains were found a thousand miles away in the lush, dank Tsitsikamma forest. Simon's mother was convinced he had been murdered.

This is the story of the shy, adventuring and sometimes reckless Holmes a Court brother and the young journalist who went in search of the truth about Simon's death.

It is peopled with everybody from a Johannesburg witch doctor, to hard drinking and rumour-fuelled ex-pat community living on the edge of the vast inland Okavango Delta, the South African secret service and a free-spirited married woman with whom Simon fell helplessly in love.

The Other Brother is a fascinating mystery compellingly told that takes you deep into Africa to expose the tragedy that lies at the heart of one of Australia's most prominent families. (back cover)