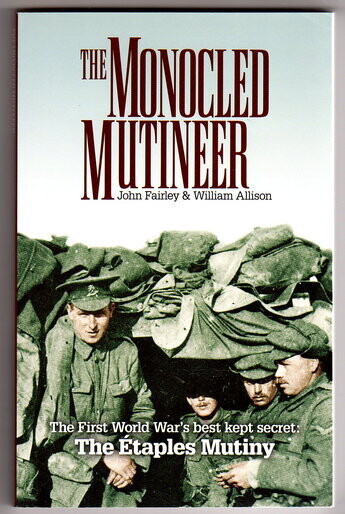 Percy Toplis was WW1's most guarded secret, the ringleader of the Etaples mutiny. In 1917 British, New Zealand and Australian troops stationed at the Etaples Training Camp in northern France protested against the inhuman conditions. The mutineers commandeered the camp's weapons and marched into Etaples, holding the town for three days, attacking military police and the commander of the training camp, General Thomson.

Several of the mutineers were executed, but Toplis remained at large for three years. The Army immediately covered up the mutiny, thousands of the participants would die shortly afterwards in the Passchendaele offensive, the survivors remained silent for over fifty years while all records of the Etaples Board of Enquiry were destroyed.

Only when John Fairley and William Allison tracked down survivors of the mutiny, and relatives and friends of Percy Toplis, that this story came to public attention. The Monocled Mutineer became a national sensation when it was made into an acclaimed, and controversial, BBC drama in 1986, starring Paul McGann. The Monocled Mutineer asks: was Percy Toplis an anti-establishment hero, what made the monocled mutineer the most wanted man in Britain?