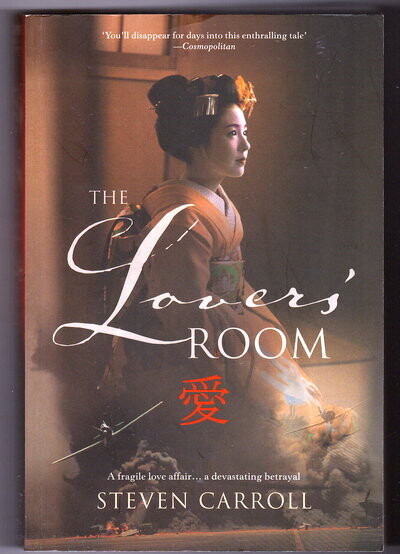 The Lovers’ Room by Steven Carroll

As the Allied forces occupied Japan at the end of World War II, an intense love affair develops between shy Australian Allen "Spin" Bowler, an interpreter in the British army, and Momoko, a western-educated, elegant young woman whose calmness and dignity veil the tiredness and defeat she has suffered.

Under her spell, Spin gradually sheds his shy bookish self and in the quiet sanctuary of Momoko's room, their love transcends the cultural boundaries that divide them. However, the betrayal that follows- of Spin's beliefs and of Momoko-has devastating consequences, forever changing the course of both their lives. (back cover)