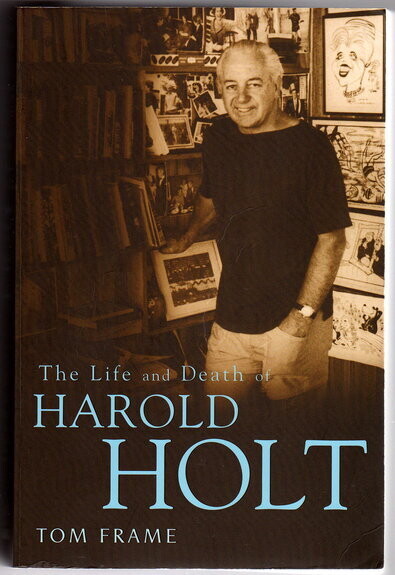 The Life and Death of Harold Holt by Tom Frame

The first full-length biography of Australia's most enigmatic prime minister.

When Harold Holt disappeared while swimming off Victoria's Cheviot Beach just before Christmas 1967, Australia was given one of its great and enduring mysteries. The death of Australia's seventeenth prime minister has remained part of popular imagination ever since.

Harold Holt's death had both immediate and long-term consequences for the Australian nation. Not only did it lose a prime minister active in the rejuvenation of its social life and domestic policy, it also lost a key advocate for Australia's involvement in the Vietnam War. His disappearance created a power vacuum in conservative politics and crippled Australian foreign policy.

However, behind the continuing and often macabre interest in Holt's death lies the fascinating story of a once lonely young man who set his sights on becoming prime minister while still at university. The self-made Holt never deviated from this ambition, working hard to acquire an aura of privilege and success. (publishers blurb)