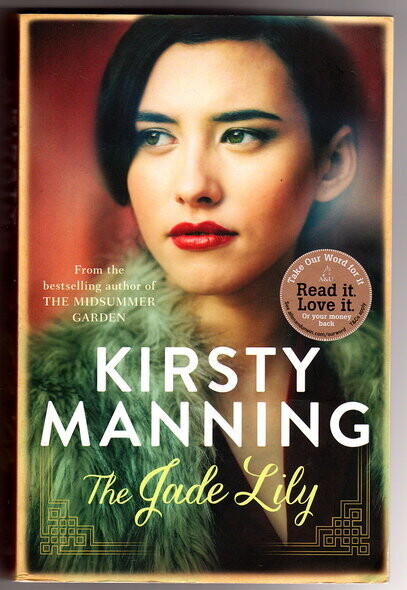 The Jade Lily by Kirsty Manning

In 2016, fleeing London with a broken heart, Alexandra returns to Australia to be with her grandparents, Romy and Wilhelm. Her grandfather is dying and with only weeks left together, her grandparents begin to reveal the family mysteries they have kept secret for more than half a century.

In 1939, two young girls meet in Shanghai, the 'Paris of the East': beautiful local Li and Viennese refugee Romy form a fierce friendship. But the deepening shadows of World War Two fall over the women as Li and Romy slip between the city's glamorous French Concession and the desperate Shanghai Ghetto. Eventually, they are forced separate ways as Romy doubts Li's loyalties.

After Wilhelm dies, Alexandra flies to Shanghai, determined to trace her grandparents' past. As she peels back the layers of their hidden lives, she begins to question everything she knows about her family - and herself.

A gorgeously told tale of female friendship, the price of love, and the power of hardship and courage to shape us all. (publisher blurb)