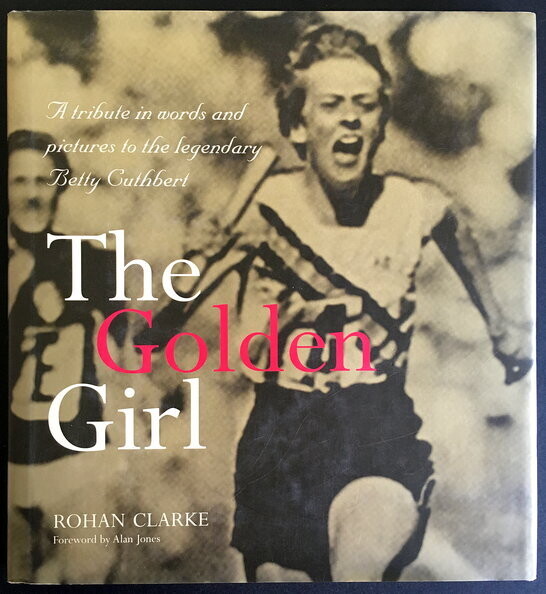 The Golden Girl by Rohan Clark

Betty Cuthbert was the original golden girl who astonished the world by winning an unprecedented three gold medals on the track at the 1956 Olympic Games in Melbourne. Later she made a spectacular come-back from injury at the 1964 Olympic Games in Tokyo where she won another gold medal. In all, she broke 11 individual world records and five relay records and her astounding achievements have never been surpassed by another Australian athlete.

Sadly for someone who felt she had a God-given gift, Betty contracted multiple sclerosis in her early 40s and was confined to a wheelchair. Despite this, however, she is feted by champions and garlanded with honours. In November 2006 it is 50 years since her victorious efforts at the 1956 Olympics.

The Golden Girl celebrates Betty's golden anniversary in words and pictures. A noteworthy band of her peers, lifelong friends and admirers contribute their reminiscences of her remarkable sporting life and many of the pictures come from her personal collection. The Golden Girl is a warm and intimate portrait of one of our most significant Olympians and a beautiful soul. (book flap)