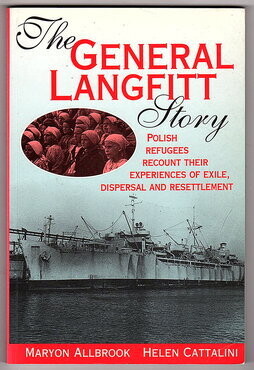 The General Langfitt Story: Polish Refugees Recount Their Experiences of Exile, Dispersal and Resettlement by Maryon Allbrook and Helen Cattalini

In 1950 a group of displaced persons arrived in Fremantle, Western Australia, from refugee camps in East Africa aboard a United States Army transport carrier the USAT General W. C. Langfitt. They became known as the General Langfitt Group.

They were a part of the 1.5 million Poles who were deported to the Soviet Union in 1940 to work in remote labour camps. Around thirty thousand of them later found freedom in transit camps in India, British East Africa and Palestine.

Their story of hardship and survival is a dramatic and remarkable one. It is part of Australia's rich migrant settlement history and is a tribute to the strength of the people, especially the women who, together with their children, formed around eighty per cent of the General Langfitt Group.