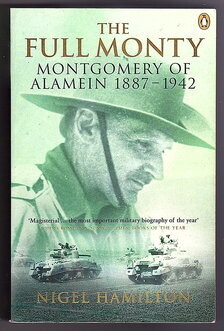 Field Marshal Montgomery ranks as one of the legendary leaders of the 20th century. This account is of a withdrawn, stubborn, difficult man who remained both highly characteristic of Imperial Britain and yet utterly revolutionary in his criticism of that world.

Hamilton argues that it was Montgomery's homosexuality that is the key to understanding his genius - a genius that was to contribute so much to the defeat of Hitler and what was first shown to the world in the Battle of El Alamein.