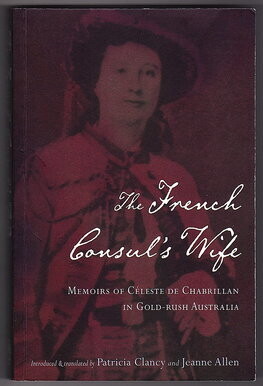 A former Parisian courtesan, circus performer and dancer, Celeste de Chabrillan scandalised Melbourne society when she arrived in 1854 as the wife of the French Consul. These memoirs give a vivid firsthand account of the two-and-a-half years she spent in gold-rush Victoria.

Despite this, Celeste did not avoid the public gaze and continued to employ her literary talents. Her memoirs are of a life spent in the village of St Kilda, the diplomatic and government house circle and the Ballarat goldfields. Her descriptions of a public hanging, Governor Hotham's 'beer ball' and her own Ball for the Victims of Crimea reveal her as a woman of great energy and wilfulness. (back cover)