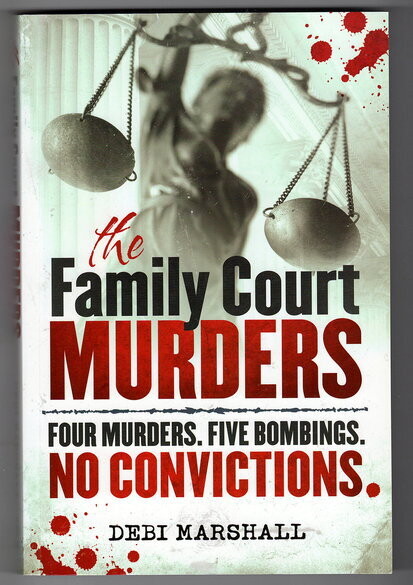 The definitive story of the Family Court Murders and the book that set off the investigation into and charging of Leonard Warwick, who in September 2020, was sentenced to life in prison.

An initiative of the Whitlam Government, the so-called 'helping court' opened its doors in January 1976. But despite the high idealism of the court's creators, they failed to factor in one universal truth- that in a marital tug of war, one side would always feel more embittered than the other.

Despite the brazen enormity of the shootings and bombings in Sydney from 1980 - attacks that hit at the very heart of the judicial system - and a prime suspect publicly named by the Coroner, the police investigation failed to culminate in an arrest and after three decades stalled to a benign 'review' status.

Following a tip-off from a possible witness, the Channel 7 Sunday Night program determined to investigate this cold case. Award-winning true-crime writer and investigative journalist Debi Marshall was part of the team who worked on this story.

Decades on, the horror of these crimes still haunts everyone involved. Witnesses were frightened to speak. Family members lived in the dark shadows of grief and fear. Widows and children lived without closure. To break this uneasy silence, Marshall embarked on a terrifying journey into the dark heart of the Family Court murders - and the prime suspect.

What she uncovered will shock and outrage. In July 2020 Leonard Warwick was convicted and in September 2020 given a life sentence, never to be released. (back cover)