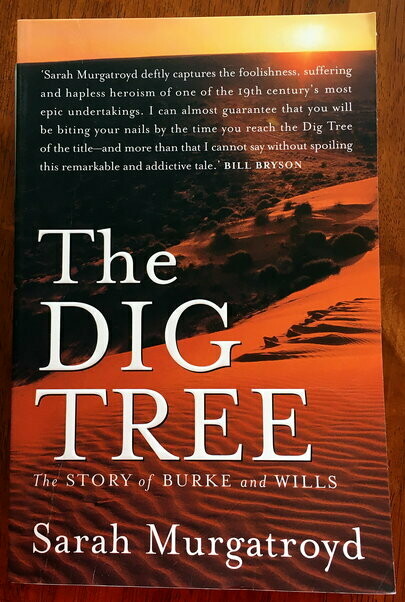 The Dig Tree: The Story of Burke and Wills by Sarah Murgatroyd

In 1860, an eccentric band of adventurers, cheered on by 15,000 excited people, set off from Melbourne, Australia, to try to do something no one had ever done before: cross the vast and forbidding interior of the country from sea to sea.

To succeed, they would have to push through 1,600 miles of the hottest, driest, most punishing desert on eart, then turn around and come back again.

They expected it to be hard. In fact, it was much worse than that. Comprising 19 men, 26 camels, 23 horses and six wagons, the Victorian Exploring Expedition, as it was formally known, had too much of everything but common sense and useful experience.

Almost immediately things began to unravel. The group set off at exactly the wrong time of year. The leader was an idiosyncratic Irish policeman who had no experience of desert conditions and was famous for getting lost even in built-up areas. What they were attempting to do was practically impossible anyway. On the first day, they made not quite six miles. It was mostly downhill from there. (back cover)