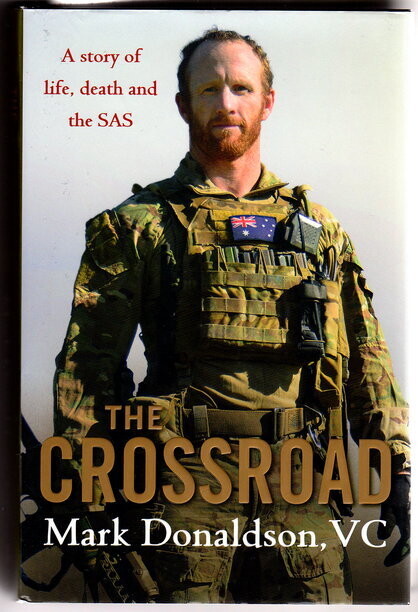 The Crossroad by Mark Donaldson

On 2 September 2008, in a valley in eastern Afghanistan, Trooper Mark Donaldson made a split-second decision that would change his life. His display of extraordinary courage that day saw him awarded the Victoria Cross for Australia, making him the first Australian to receive our highest award for bravery in wartime since Keith Payne in 1969.

Yet Mark's journey to those crucial moments in Afghanistan was almost as exceptional as the acts that led to his VC. He was a rebellious child and teenager, even before the death of his father - a Vietnam veteran - when Mark and his brother were in their mid-teens.

A few years later, their mother disappeared, presumed murdered. Her body has never been found. Mark's decisions could have easily led him down another path, to a life of self-destructiveness and petty crime. But he chose a different road: the army.

It proved to be his salvation and he found himself a natural soldier, progressing unerringly to the SAS, the peak of the Australian military.

From his turbulent early years to the stark realities of combat in the mountains and valleys of Afghanistan, Mark's book is the frank and compelling story of a man who turned his life around by sheer determination and strength of mind.

About the Author Mark Donaldson was awarded the VC in 2009. He is the first Australian to receive this honour since 1969. He was also the Young Australian of the Year in 2010. (publisher blurb)