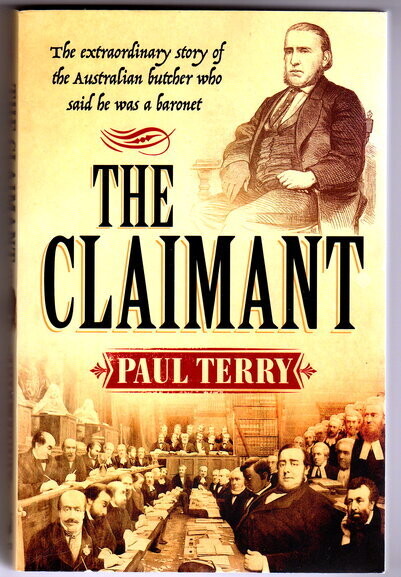 The Claimant: The Extraordinary Story of the Australian Butcher Who Said He Was a Baronet by Paul Terry

The bizarre but true story that put Wagga Wagga on the world map.

In the latter half of the 19th century an overweight rough-looking butcher, known as Tom Castro, emerged from the bush to claim he was not the man people thought him to be. No, he claimed to be Sir Roger Tichborne, a missing English baronet and heir to Tichborne Park in Hampshire, a sizeable estate and a vast fortune.