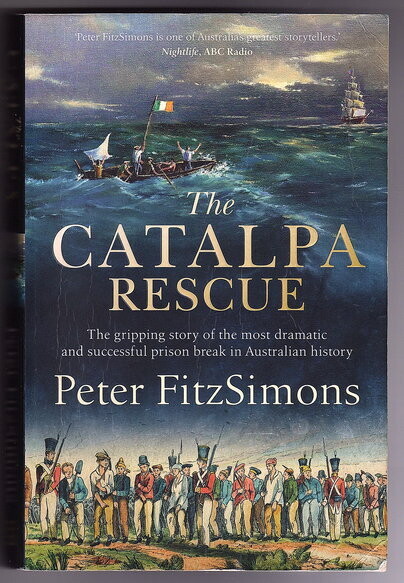 The Catalpa Rescue: The Gripping Story of the Most Dramatic and Successful Prison Break in Australian History by Peter FitzSimons

The incredible true story of one of the most extraordinary and inspirational prison breaks in Australian history.

New York, 1874. Members of the Clan-na-Gael - agitators for Irish freedom from the English yoke - hatch a daring plan to free six Irish political prisoners from the most remote prison in the British Empire, Fremantle Prison in Western Australia. Under the guise of a whale hunt, Captain Anthony sets sail on the Catalpa to rescue the men from the stone walls of this hell on Earth known to the inmates as a 'living tomb'. What follows is one of history's most stirring sagas that splices Irish, American, British and Australian history together in its climactic moment.

For Ireland, which had suffered English occupation for 700 years, a successful escape was an inspirational call to arms. For America, it was a chance to slap back at Britain for their support of the South in the Civil War; for England, a humiliation. And for a young Australia, still not sure if it was Great Britain in the South Seas or worthy of being an independent country in its own right, it was proof that Great Britain was not unbeatable.

Told with FitzSimons' trademark combination of arresting history and storytelling verve, The Catalpa Rescue is a tale of courage and cunning, the fight for independence and the triumph of good men, against all odds.(publishers blurb)