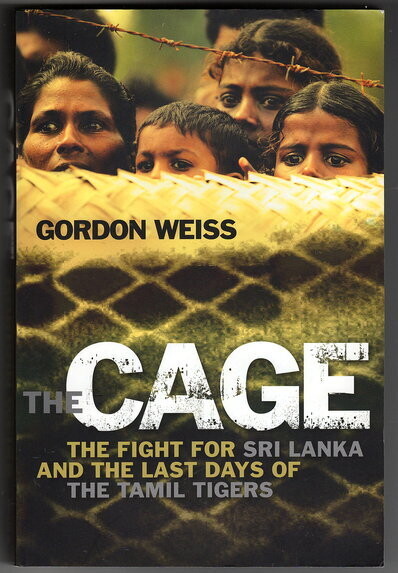 The Cage: The Fight for Sri Lanka and the Last Days of the Tamil Tigers by Gordon Weiss

The Cage is a brilliant yet harrowing account of Sri Lanka's fall into darkness. Since its independence in 1948, Sri Lanka has been marred by a toxic mix of religion, nationalism and xenophobia. Post-colonial governments ruled with an iron fist, and democracy crumbled. Extremist Buddhist monks preached bloodshed. Pogroms and death squads killed tens of thousands in the 1970s and 1980s.

The Cage unravels the compelling history that led to the horrific events of 2009 when government forces surrounded the brutal Tamil Tiger guerrillas and hundreds of thousands of civilians on a tiny sand spit.

Were tens of thousands of innocent people killed in the first months of that year? Was the government's destruction of the Tamil Tigers justified? Were war crimes committed in the process? And why is it that unlike recent events in Libya, Sri Lanka escaped detection and the censure of the watching world?

The Cage analyses the serious questions thrown up by Sri Lanka's "war on terror" for the liberal international order. It examines how it was that on the strategically vital island, the three Indian Ocean superpowers - the US, China, and India - jostled for supremacy, while the 21st century's first major war crime unfolded. (publisher blurb)