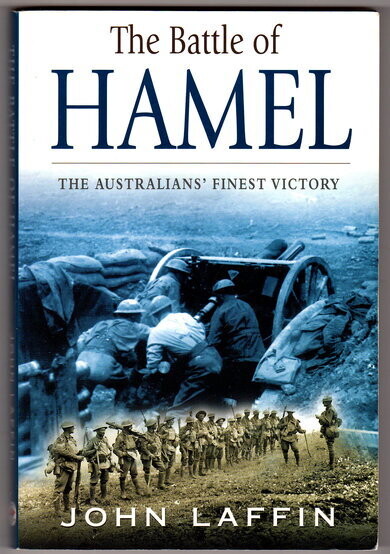 The Battle of Hamel: The Australians' Finest Victory by John Laffin

In May 1918, Lieutenant-General John Monash took command of the Australian Imperial Force (AIF). It was a momentous occasion because the whole of the AIF had longed to be grouped together under their own commander.

In this book, John Laffin describes how after several disastrous battles under British leadership, Australian military command matured to the point where AIF generals and brigadiers could assert their authority. He argues that while Australian leadership was first demonstrated in Gallipoli, it came of age at the Battle of Hamel.