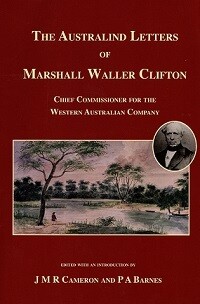 The Australind settlement, located on the eastern side of the Leschenault Estuary, came into being in April 1841 on land previously owned by Colonel Peter Augustus Lautour and Sir Jame Stirling, Western Australia's foundation governor. It was the creation of the Western Australian Company, a group of entrepreneurs who were followers of the systematic colonisation theories of Edward Gibbon Wakefield.