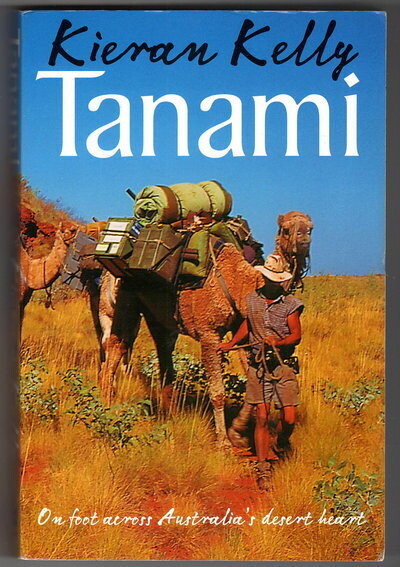 Tanami: On Foot Across Australia's Desert Heart by Kieran Kelly

A mystery to most Australians, the Tanami desert is a waterless hell of dense scrub and spinifex-infested sand ridges. Sun scorched and isolated, it occupies the heart of Australia where men searched in vain for an inland sea.

In the nineteenth century, two of Australia's greatest horseback explorers, Augustus Gregory and John McDouall Stuart, both tried and failed to cross it. Even today, large parts of the Tanami remain a trackless wilderness impassable to motor vehicles.

In mid-2002, two men set out to attempt something not previously recorded - a crossing of the Tanami on foot. What they had in their favour, which both Gregory and Stuart did not, were camels - and in Andrew Harper a man who knew how to work with them.

Two years in the planning, the trip rekindled the golden age of Australian exploration, as Kieran Kelly - a 49-year-old Sydney merchant banker - and Harper, without a support crew, pitted themselves and their five camels against the very worst the desert could throw at them.

This account of their epic adventure and their struggle to survive in a hostile environment is a classic of courage, humour and tenacity, set against the backdrop of one of the world's great deserts. (back cover)