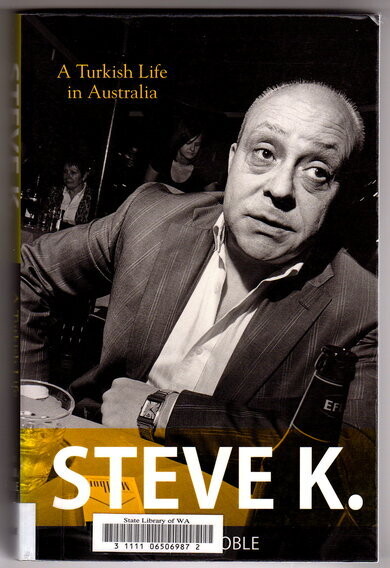 Steve K: A Turkish Life in Australia by Zorlu Kaya and Tom Noble

In 1974 Zorlu Kaya broke up with his girlfriend, quit school and set up a plan to jump on the nearest ship from his homeland of Cyprus - and go wherever it took him. His father stumbled on the plans and arranged for the restless 15-year-old to fly to Melbourne, Australia for a few weeks holiday. It was a decision that changed lives forever. Weeks after arriving in Melbourne armed conflict erupted in Cyprus.
The boy could not return. Stranded, and alone, he became an accidental migrant. From working as a bouncer on nightclub doors, he became known as 'Turkish Steve' or 'Steve K.' Before long he found himself debt-collecting, running one of the city's biggest illegal casinos, breeding thoroughbred racehorses, running a Turkish television channel and bringing Turkey's biggest showbiz people to Australia.

Then, in early 2004, he received a tip-off. Gangland figures had taken out a contract to have him killed. He needed to set a plan - to survive. (publisher blurb)