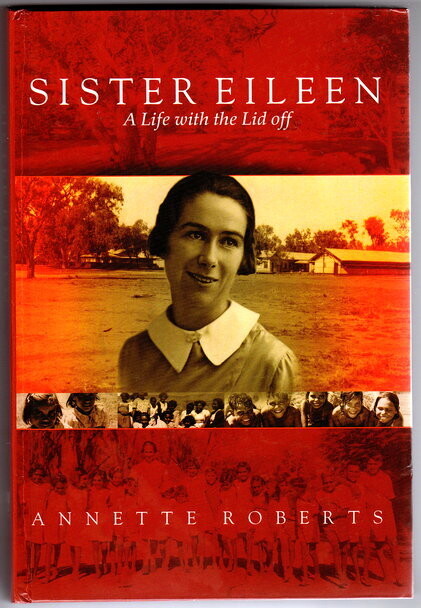 Sister Eileen: A Life with the Lid Off by Annette Roberts

Born in Fremantle in 1905, Sister Eileen was involved with the Anglican Church from a young age and went on to become a deaconess. Her first posting, at age 30, was to the notorious Moore River Native Settlement near Mogumber, since immortalised in the film Rabbit-Proof Fence.

There was no sanitation and no electricity. Visitors were not encouraged. Sister Eileen later described it as a dumping ground for unwanted people, out of sight and out of mind. In 1944, she raised the conditions with the Anglican headquarters in Perth. When her report became public, it sparked a government inquiry.

Sister Eileen moved to Alice Springs in 1946 to become the superintendent of St Mary's boarding school for part-Aboriginal children. She was in charge until the end of 1955 when she moved to Darwin to set up a home for abused and neglected children.