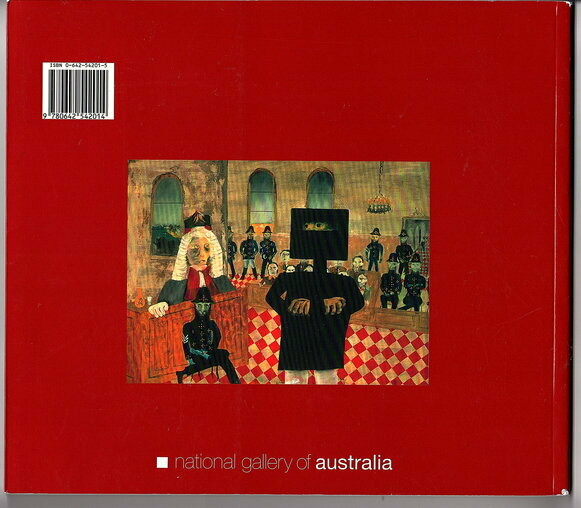 "Sidney Nolan built a compelling narrative around the figure of Ned Kelly, the colourful and wronged anti-hero in his homemade armour, and the comic-opera police who pursue him through the vast and featureless Australian bush landscape. The mythologising of Ned Kelly did not start with Nolan's paintings, but his images remain the most enduring and instantly recognisable versions. With the stark black silhouette or Ned Kelly, Nolan found his powerful symbol and poetic metaphor for Australian's relationship with their land. Nolan returned to the subject of Ned Kelly throughout his painting life, but the later works never matched the freshness, immediacy and intensity of the first series. Nolan's unforgettable depictions of the Australian bush and the country's history and folklore have earned him a place in the Australian imagination unrivalled by any other painter."- book jacket.