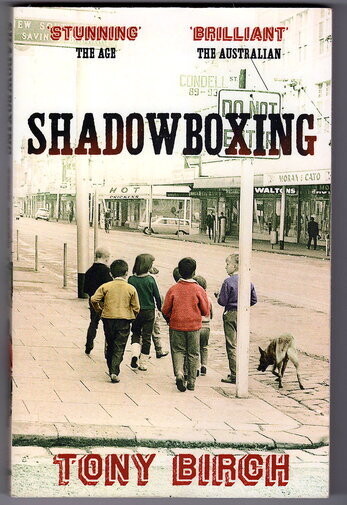 Shadowboxing is a collection of ten linked stories in the life of a boy growing up in the inner-Melbourne suburb of Fitzroy in the 1960s. A beautifully rendered time capsule, it captures a period of decay, turmoil and change through innocent, unblinking eyes.

Michael’s family, led by his long-suffering mother, live as though under siege, surviving his father’s drinking and rage as well as the forces of "urban renewal." Their neighbourhood is a world of simple pleasures as well as random brutality; of family life and love as well as violence and tragedy.

As Michael experiences all this with a combination of wonder and fear, he matures into a sensitive adult who can forgive but never forget.

Shadowboxing is a riveting story of loss and permanence, power and weakness, stoicism and resistance. In the tradition of John Morrison, it captures the essence of working-class life in inner-city Australia.