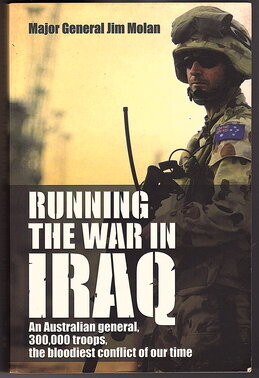 Running the War in Iraq: An Australian General, 300,000 Troops and the Bloodiest Conflict of Our Time by Jim Molan

Secondhand. Good condition. Wear to book corners and edges. Sunning to pages and inside cover.

One of the most controversial conflicts of the post-WWII era, a war that has divided citizens, politicians, and militaries, resulted in headlines about torture and suicide bombings, death and destruction. There's no single identifiable enemy and no exit strategy. So how will the war in Iraq be won? What will victory look like?

In 2004, when Australian Major General Jim Molan was deployed to the war to oversee a force of 300,000 troops, including 155,000 Americans, he faced these and other questions on a daily basis. In Running the War in Iraq he gives a gripping insider's account of what modern warfare entails - the ghastly body count, the complex decisions which will mean life or death, the divide between political masters and foot soldiers - and the small, hard-won triumphs. (back cover)