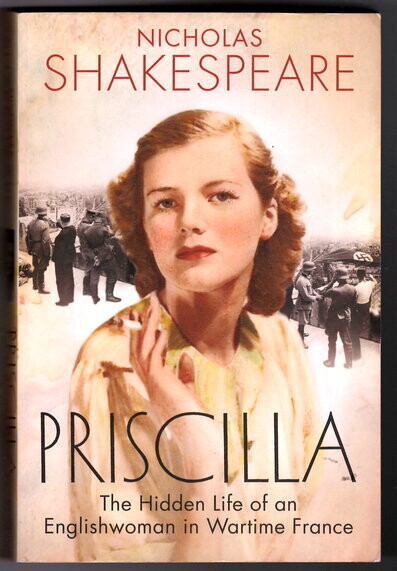 Priscilla: The Hidden Life of an Englishwoman in Wartime France by Nicholas Shakespeare

The astonishing true story of a young woman's adventures, and misadventures, in the dangerous world of Nazi-occupied France.

For Priscilla, pre-war Paris was an exciting carousel of suitors, soirées and heartbreak, and eventually a lavish wedding to a French aristocrat.

But the arrival of the Nazi tanks signalled the end of life as a Vicomtesse and the beginning of a precarious existence under German Occupation.

Over half a century later, her nephew, Nicholas Shakespeare, found a box of Priscilla's notebooks and journals. He began investigating the rumours that she had escaped a prisoner-of-war camp and fought for the Resistance - and he finally unearthed the truth behind suspicions of disreputable love affairs and far darker secrets. (publisher blurb)