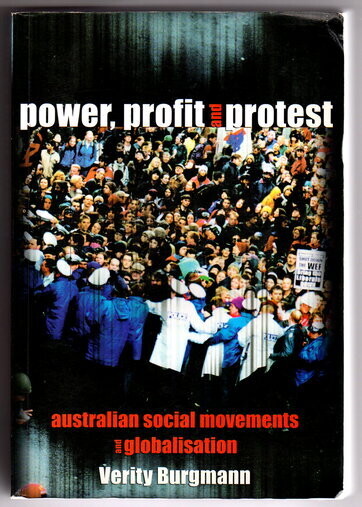 Social movements transformed Western societies in the 1960s and 1970s: feminism, black rights, the peace movement and gay liberation all radically altered how we think and how we live. What has happened to social movements since then? Can demonstrations and other forms of social activism still make a difference in Australia?

Verity Burgmann argues that corporate globalisation has threatened or transformed established social movements, and sparked powerful new forms of social protest. She examines the impact of globalisation and neo-liberal government policies on the feminist and indigenous rights movements, showing how they have been affected by the politics of backlash after decades of success.

She explores the way in which the environmental movement, too, has been affected by rising corporate political influence. She also analyses the emergence of anti-capitalist and anti-corporate activism and the profound challenges posed by these newest social movements to the state, to society in general and to the labour movement in particular. These are important factors in a changing political landscape. (publisher blurb)