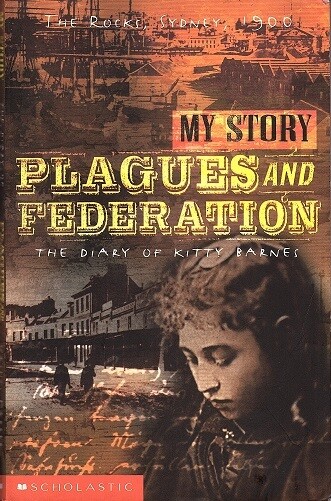 Plagues and Federation: The Diary of Kitty Barnes, The Rocks, Sydney, 1900 by Vashti Farrer

Secondhand. Good condition. Some minor creasing of the book cover and wear to book edges.

The year 1990 was a momentous one for Kitty Barnes. Bubonic plague, the Black Death, was killing large numbers of people; the country was on the verge of becoming a federation; Kitty's brother was in Africa fighting in the Boer War; and Kitty was finding herself somewhat attracted to Reggie, the boy down the road.