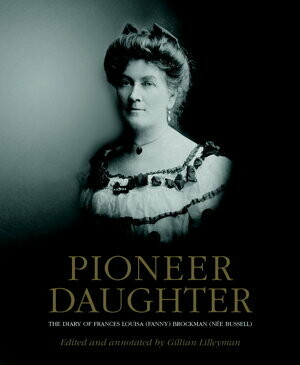 "Gillian Lilleyman has produced a truly magnificent book, doing more than justice to her subject, the pioneer daughter Fanny. It is a heavy book, with high-quality paper which enhances the many black and white photographs. Gillian has used both footnotes to source her entries and boxed comments to expand and clarify certain diary entries. These annotations are illuminating and reveal an immense amount of painstaking research" (Pamela Statham Drew. History West, December 2018) "If anyone has relatives among the southwest pioneers then this is the book for you as all the comings and goings are detailed and Gillian follows up with extensive notes" (Pamela Statham Drew. History West, December 2018)

While writing her previous book A Garden on the Margaret: The Path to Old Bridge House (Shortlisted for the 2011 Western Australian Premier's Book Awards), Gillian spent time at Wallcliffe Estate, a large landholding owned by Fanny's father Alfred Pickmore Bussell. In the course of her investigations, Gillian discovered a small bundle of letters written by Fanny. Gillian intended to have a closer look at the letters at a later time but sadly they were destroyed in the bushfire that claimed the Wallcliffe House in November 2011.

Gillian was determined that Fanny's story would not remain untold. Fortunately Fanny's diary is available at the J S Battye Library on microfilm and so Gillian began the careful task of transcribing the daily diary entries. The diary reveals a skilled businesswoman who forced by circumstances, ran her own farms near Margaret River.